The turbo compressor uses energy of engine bleed air (16th stage) to drive a compressor which sucks in outside air, compresses it, and sends it in for cabin pressurization and heating.

Comparison between airflow by B/A & TCs

The airflow delivered by B/A is essentially variable with 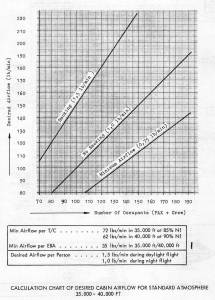 After the engines are started the primary pneumatic source is from T/Cs.
Normal ops: T/C 2 and 3 ON for take off. Engine bleeds are not to be used for any take off. T/Cs reduce take of thrust.
Descent: Use all T/Cs. Only use bleeds if necessary.