The story of D-ABOD “Frankfurt”

The historic 707 survived 61 years but sadly its days were ended in Hamburg in June 2021. It was the last complete Rolls-Royce powered 707. The Cockpit, however, will live on and become a living piece of aviation history.

Welcome to our Fashion shop

Welcome to our Fashion shop

Delivered to Lufthansa on April 24th 1960 D-ABOD remained in service with Lufthansa until 1976. It performed its last passenger flight On November30th 1975. It was flown once again from Hamburg to Munich Riem and back for the movie production “Twilight’s Last Gleaming” with Burt Lancaster. D-ABOD was cancelled from register June 15th 1976.

D-ABOD is seen here on the right in Frankfurt on August 31st 1974. Photo: Lewis Grant 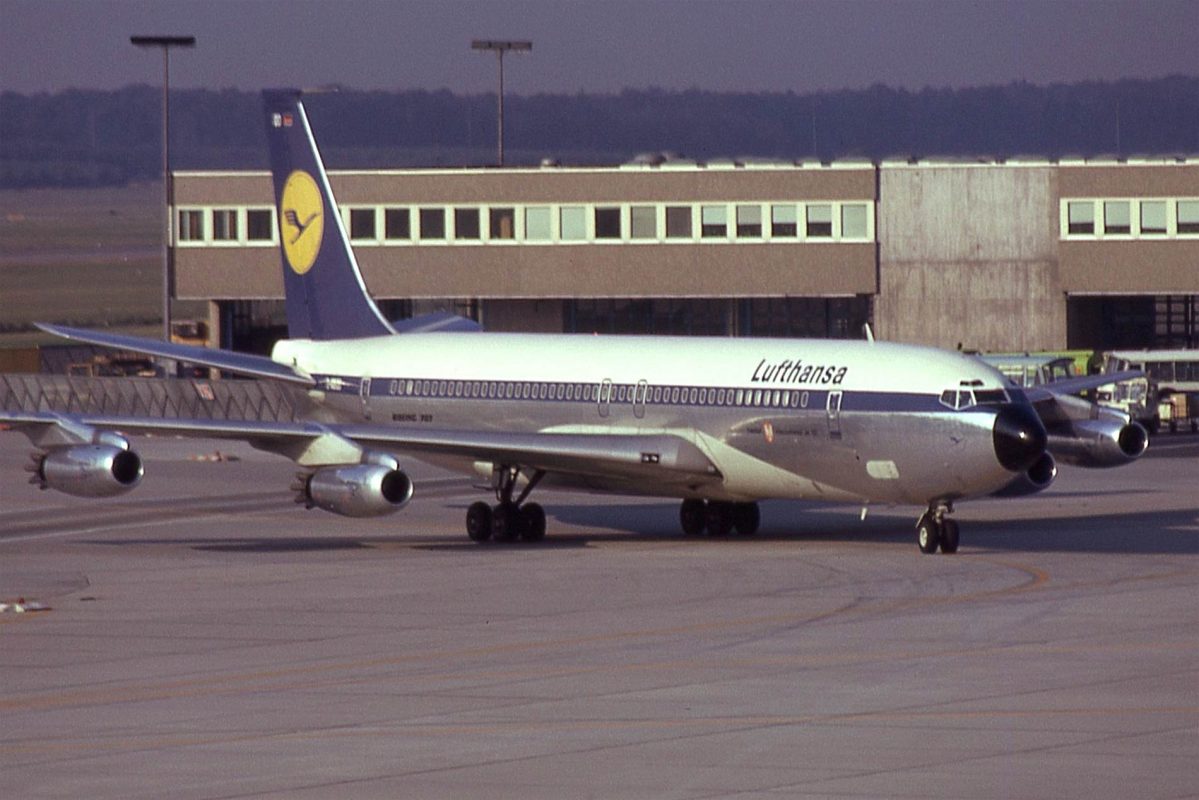 It was used as an apprentice trainer for Lufthansa Technik and donated to Hamburg Airport  in 1999. Hamburg Airport unfortunately did not see the historic relevance of the aircraft and preferred scrapping the airplane, though alternative concepts to preserve the aircraft were presented.

It was used as an apprentice trainer for Lufthansa Technik and donated to Hamburg Airport  in 1999. The aircraft was used for several movie productions and displayed at Hamburg Airport next to the RWY23 threshold. 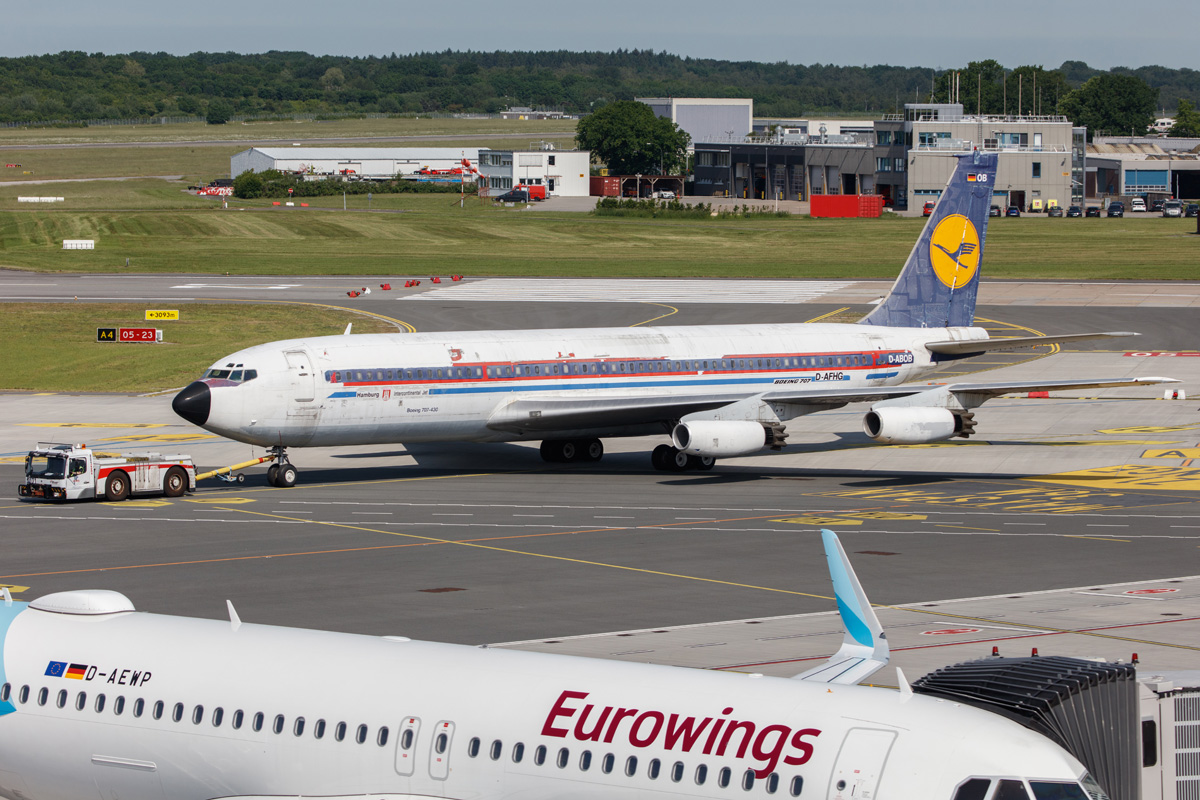 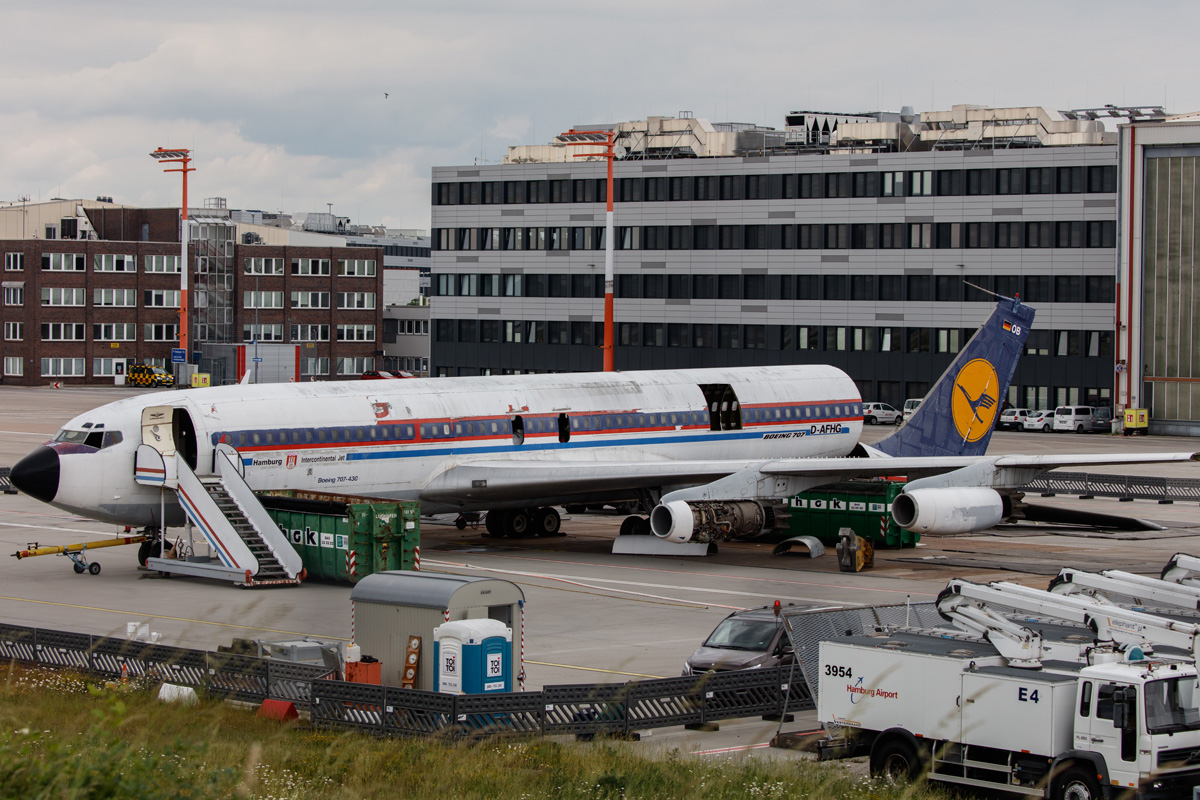 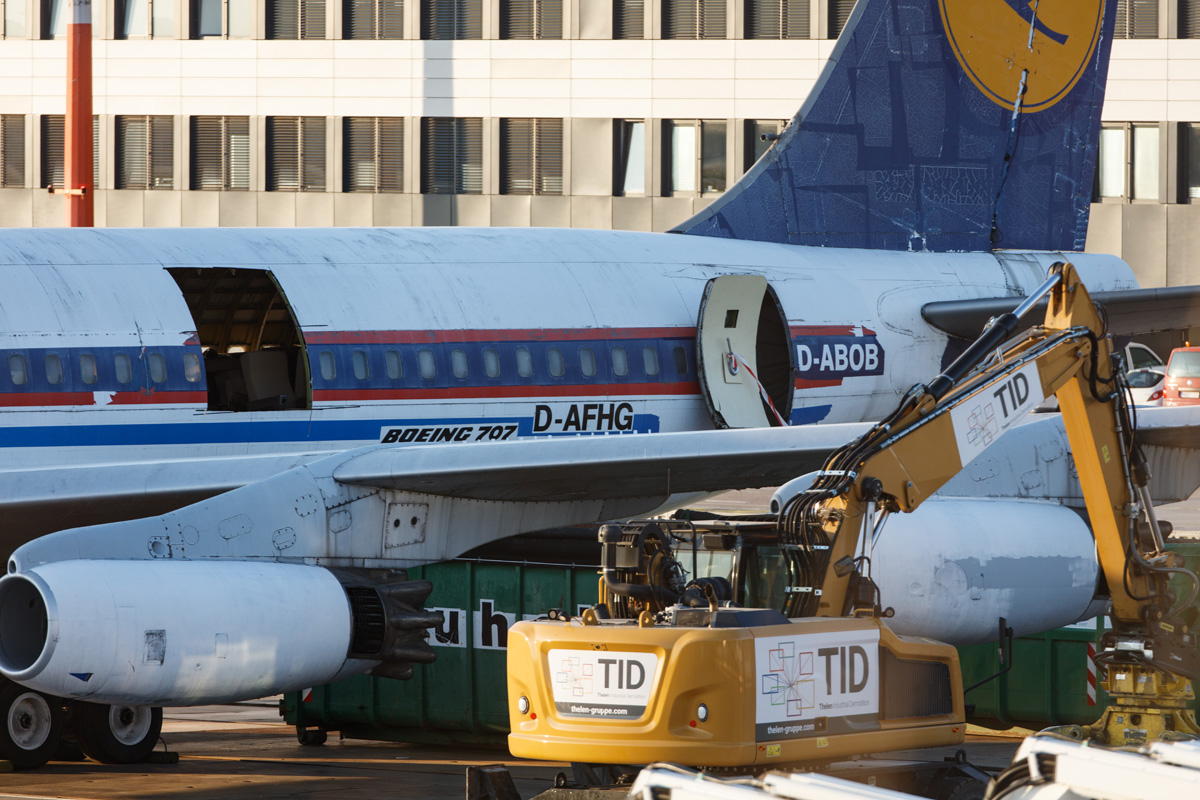 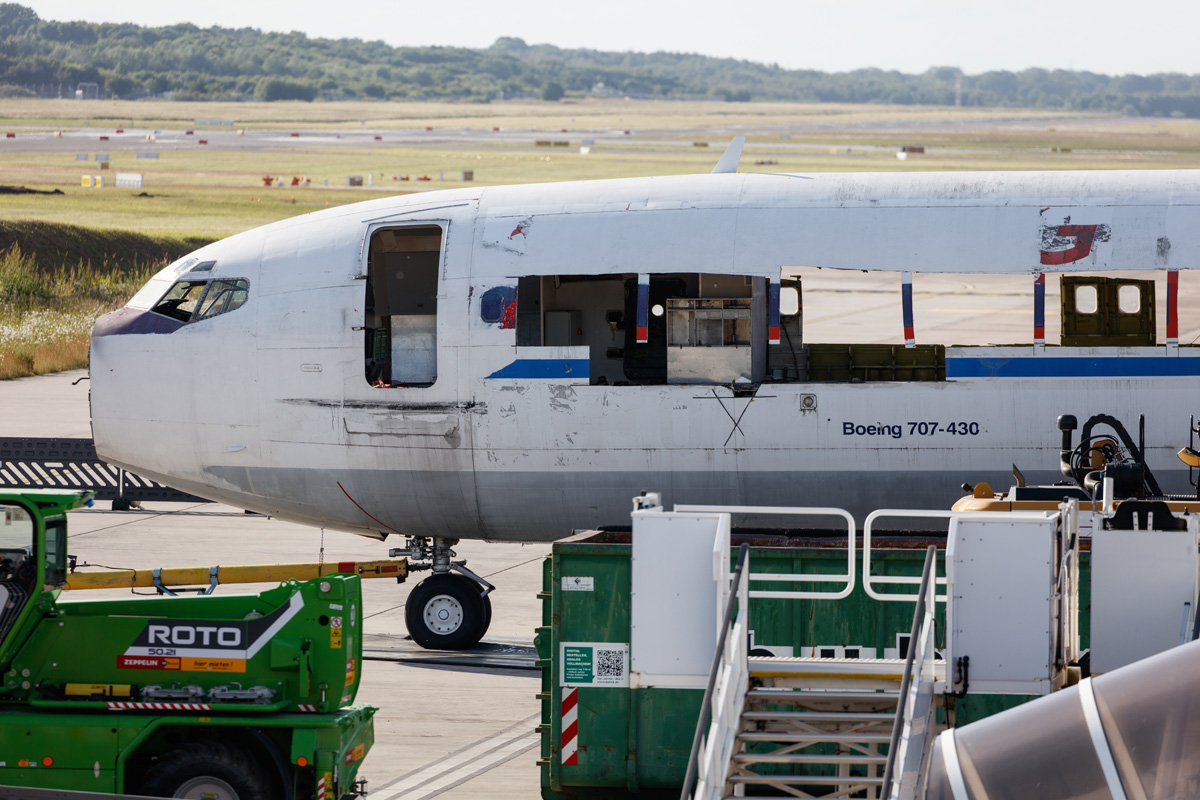 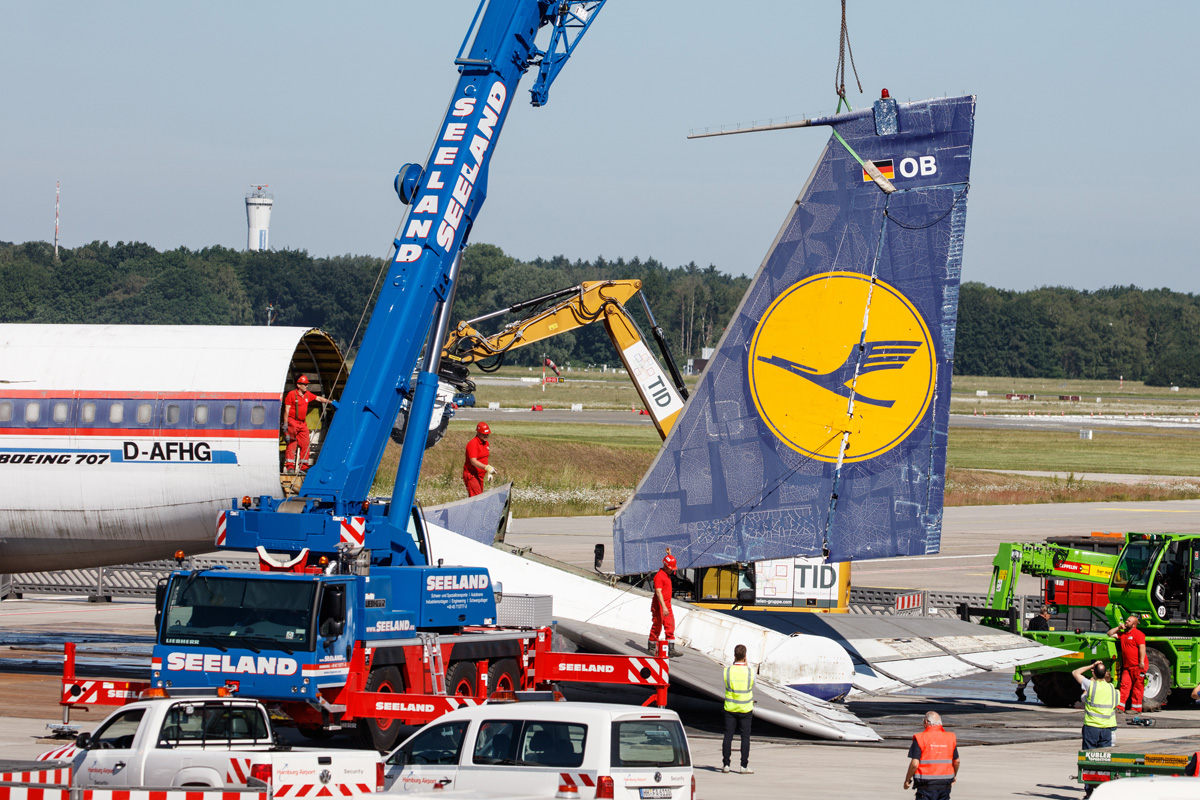 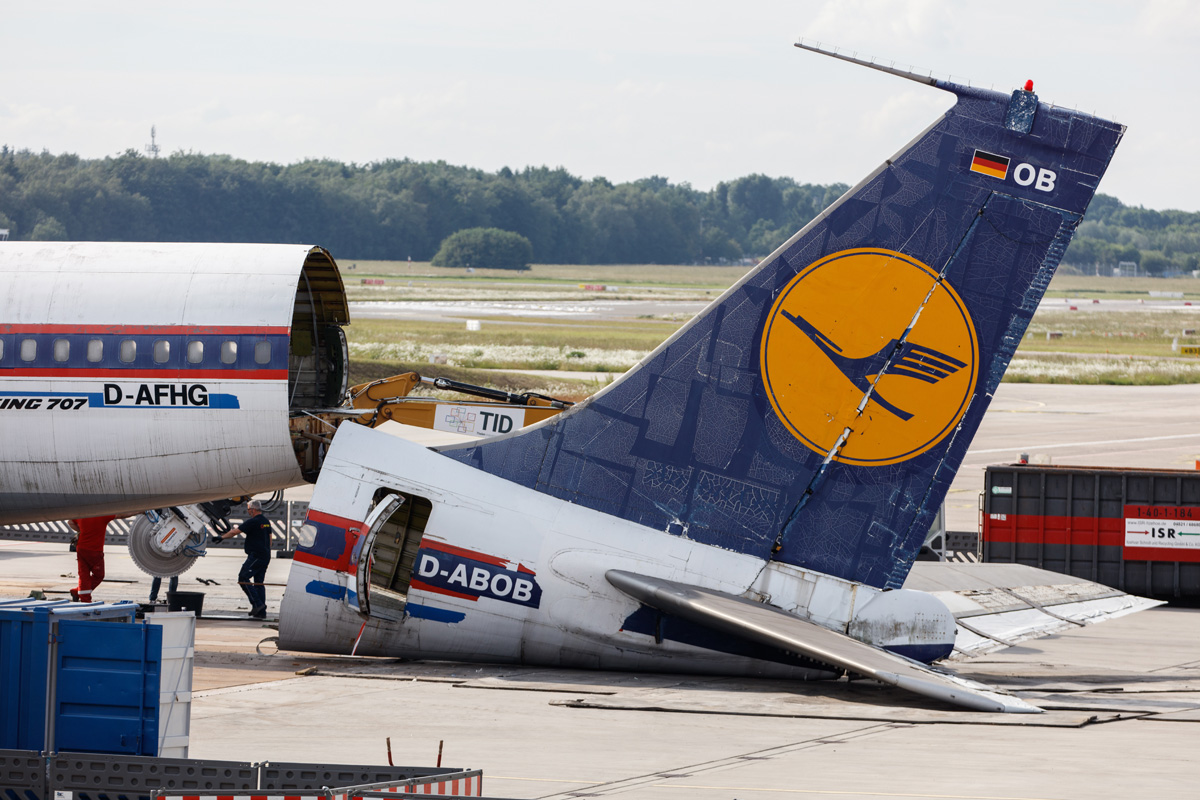 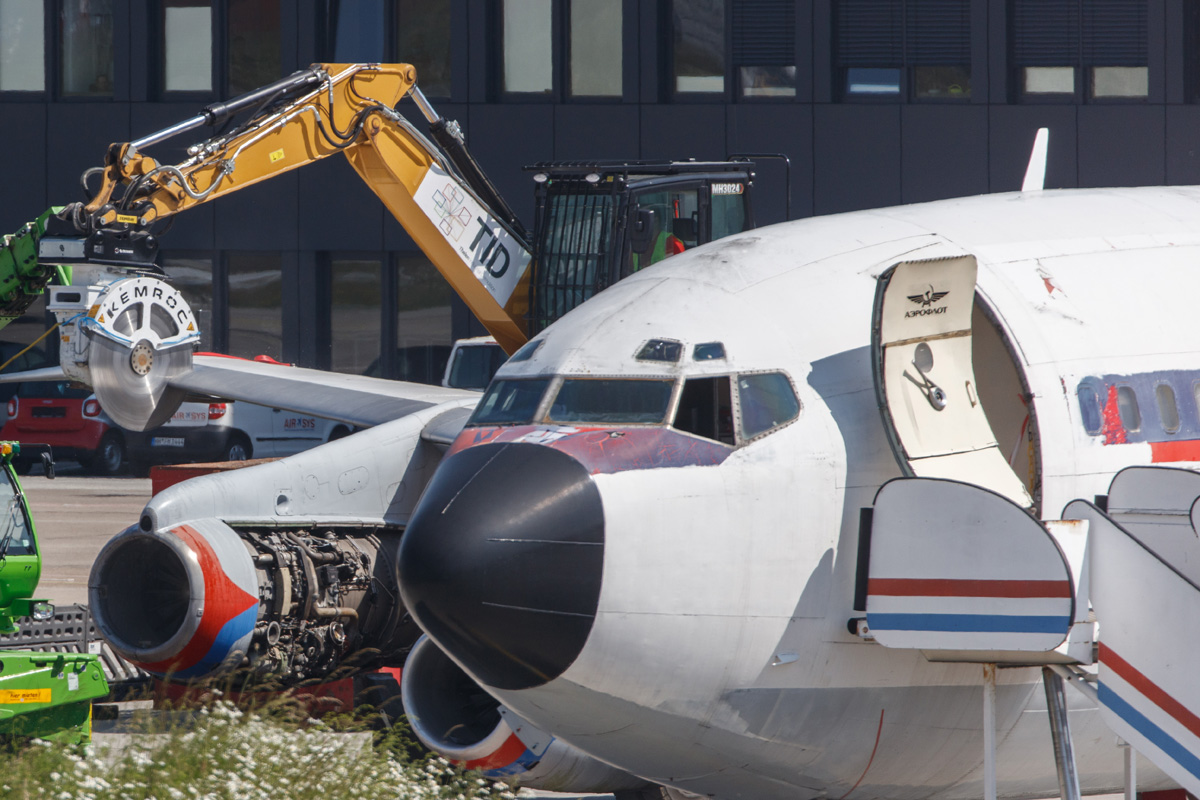 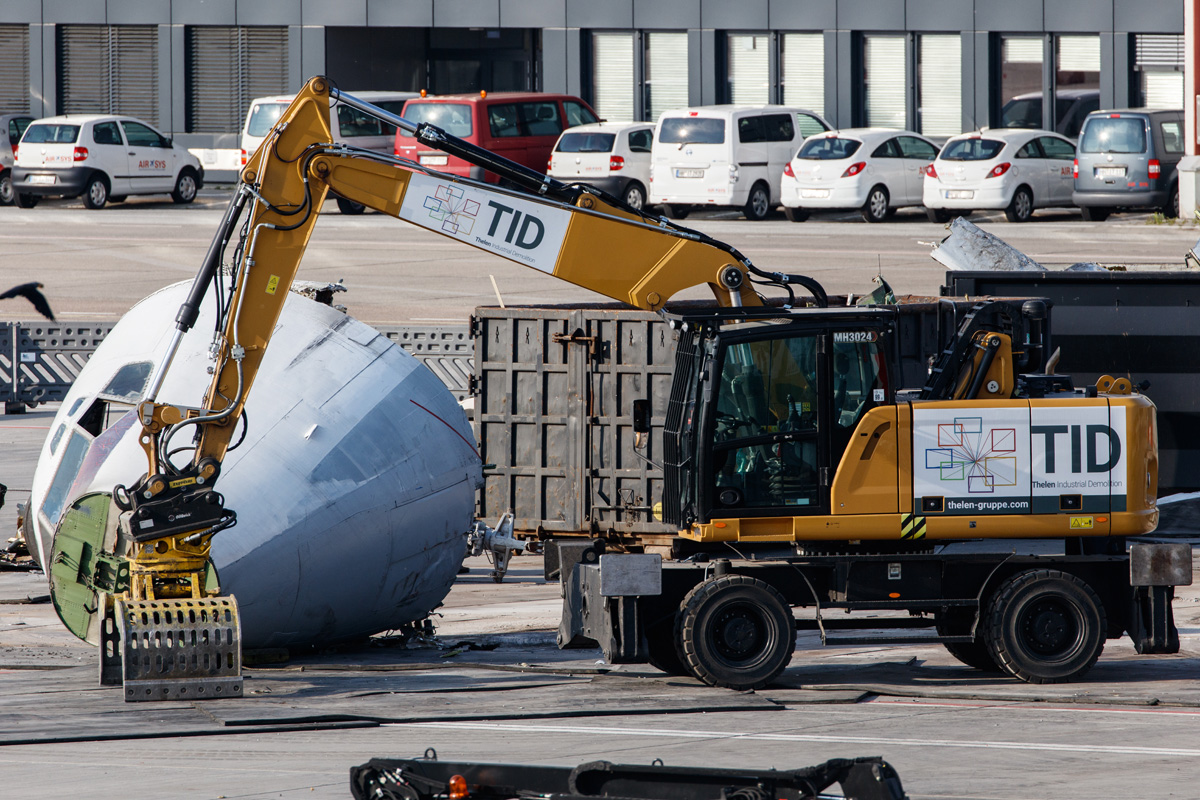 The crisis from 2020 (or rather the handling of it) brought Hamburg airport into financial difficulties. Even though efforts were made, and valid concepts were presented to preserve the aircraft, Hamburg airport decided to scrap the aviation relic and auction off the parts. All photos to the left by Kavin Hackert.

D-ABOD was reactivated from storage and flown to München Riem in early 1976 and used in the movie “Twilight’s Last Gleaming”. Twilight’s Last Gleaming is a 1977 thriller film directed by Robert Aldrich and starring Burt Lancaster and Richard Widmark. The film was a West German/American co-production, shot mainly at the Bavaria Studios.

D-ABOD only appears a couple of seconds. Whether the scenes were cut is unknown. Info is highly appreciated.

Glimpse from the past

Excellent and rare B707 footage from the very early days of 707 operation. Approach and landing into Munich, as well as many interior views.